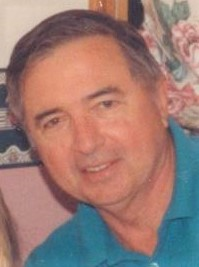 Please share a memory of Richard to include in a keepsake book for family and friends.
View Tribute Book
Richard Scoble Nelsen passed away March 31st at the age of 90. He was born in Westfield, New Jersey. He attended Cliffside Park High School where he was a member of the 1949 State Championship football team, having proudly kicked the extra point that led to the victory. He is pre-deceased by his high school sweetheart, Louise (nee Dispaltro) who after 36 years of marriage passed away in 1990. Richard was a loving husband, father, grandfather, great-grandfather and stepfather. Known as Richie, Dad, and PopPop, he was happiest when he was with his extended family sharing a delicious meal and spirited conversation. Known for his colorful stories and humorous commentary, Richard had a lifetime of experiences to draw from. He was a proud American and served his country first in the Marine Reserves, then as an MP in the army as part of the peace keeping force in post World War II war torn Berlin, Germany. He had many hobbies and interests. He was a longtime New York Giants fan and season ticket holder, going back to their days playing in the Yale bowl in Connecticut. A lifelong dream was fulfilled when he was able to travel to Pasadena, California to see the Giants triumph in their first Super Bowl victory. He was a numestitist, amateur wine maker, sailing enthusiast, and talented carpenter and house builder. He served as a Eucharistic minister and was a student of military history. He loved to work in his garden, and grew beautiful roses. At his core, he was a man who would do anything for his family and close friends. He is survived by Evelyn, his loving wife of 22 years; his four children: Eric, Lois, Lynn, and Kathleen; his grandchildren: Astrid, Elizabeth, Kristiana, CJ, Faith, Max, Ben, Tori, Kristen, Stefanie, and Anna; great grandchildren Ava and Carter; daughter-in-law Adele, son-in-laws Chuck, Stuart and Jon, grand son-in-laws Bryan and Steven, stepdaughters Laura, Jeanne, Elise, their husbands John, Doug and Tom, and many more relatives and friends. The Funeral will begin on Saturday, April 10, 2021 at 8:45 AM at the G. Thomas Gentile Funeral Home, 397 Union Street, Hackensack, NJ. The Mass of Christian Burial will be held 10:00 AM at Holy Trinity R.C. Church, 34 Maple Avenue, Hackensack. Entombment will follow at George Washington Memorial Park Cemetery, Paramus. The family will receive friends on Friday from 4:00 – 8:00 PM for visitation. In lieu of flowers the family kindly requests donations to: The Wounded Warriors Project, 370 7th Avenue, Suite 1802, NY, NY 10001, one of our father's favorite organizations.
Friday
9
April

Share Your Memory of
Richard
Upload Your Memory View All Memories
Be the first to upload a memory!
Share A Memory
Plant a Tree