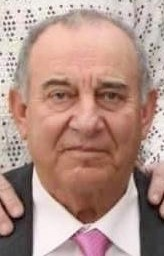 Please share a memory of Giorgio to include in a keepsake book for family and friends.
View Tribute Book
Giorgio Cilli, of Hackensack, passed away peacefully on April 2, 2021 in Italy, at the age of 79 years, born June 4th 1941, he came to the United States in 1972 with his late wife, Elena and their two sons, Amedeo and Guerino. Giorgio founded a successful family business in the concrete industry, Giorgio Cilli and Sons. Later, he proudly served as Chairman of Concrete Concepts of NJ inc. until his retirement. After fulfilling the quintessential American dream, Giorgio and Elena retired to their birthplace Crecchio, Italy in 2004. Giorgio is survived by his brothers Silvio and Vinezio, his sisters Lina and Adele, his sons and grandchildren: Amedeo and his children, Sabrina (Antonio), Nicholas (Nicole), Amanda (Eric), and Daniel. Guerino (Lisa) and his children, Justine and Giorgio. Giorgio will also be lovingly remembered by his great Great grandchildren Giuliana and Milania. Giorgio was Predeceased by his wife, Elena Cilli. A memorial celebration of Giorgio's life will be celebrated at 10am on April 21st at St. Francis RC Church, 50 Lodi Street, Hackensack.
Wednesday
21
April

Share Your Memory of
Giorgio
Upload Your Memory View All Memories
Be the first to upload a memory!
Share A Memory
Plant a Tree