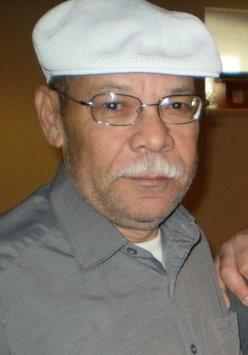 Please share a memory of Napoleon to include in a keepsake book for family and friends.
View Tribute Book
Napoleon Collado, of Hackensack, passed away peacefully in his home on Wednesday, September 8, 2021 at the age of 75 years. Napoleon came to America in 1968, married to Ambrocia Tineo, eventually moving to Hackensack in 1975. He was better known as "Lolo" and had a long career as a butcher in Patterson. Lolo became a widower in 2002 due to Cancer and soon retired. He was a huge Mets fan and frequent domino player. Napoleon is survived by his three children Juan, Jenny, Edwin. Loving grandfather of Shain, Sergio, Tatianna, Emily, and Cayden. He will be missed by all who knew him.
Saturday
11
September

Share Your Memory of
Napoleon
Upload Your Memory View All Memories
Be the first to upload a memory!
Share A Memory
Plant a Tree