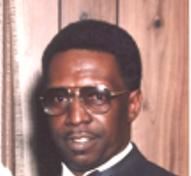 Please share a memory of Benedict to include in a keepsake book for family and friends.
View Tribute Book
BENEDICT WATTS (BEN), 76, of Hackensack, NJ passed away on May 4, 2022 while under hospice care in Hackensack Medical Center. Ben was born in Pensacola, FL to Lucinda Baldwin Watts on April 4, 1946. Ben was a proud American and a US Army Vietnam Veteran who served between 1968 and 1970. Ben was ranked as a Private 1St Class and was Honorably Discharged due to medical reasons. After the Army, he worked as a Real Estate Specialist for The United States Army Corps of Engineers for over 20 years. He enjoyed bowling, oldies concerts and the occasional run at the casino. He was also an avid sports fan of the Philadelphia Eagles, NY Knicks, and NY Mets teams. Ben is survived by his son, Kerry Watts, daughter Luniece Ward, and long-term partner Loretta Boisseau. The family wishes to extend their gratitude to all who supported him throughout the years. Funeral service will be held at G. Thomas Gentile Funeral Home on May 14, 2022 at 4-8pm and officiated by Holy Trinity Catholic Church. In lieu of flowers, memorial donations may be made to Vietnam Veterans of America, https://vva.org/donate
Saturday
14
May

Share Your Memory of
Benedict
Upload Your Memory View All Memories
Be the first to upload a memory!
Share A Memory
Plant a Tree