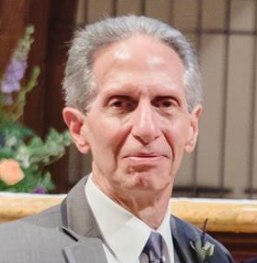 Please share a memory of Augostine to include in a keepsake book for family and friends.
View Tribute Book
Augostine "Gus" Joseph Caccavone, age 75, of Alpharetta , Georgia passed away peacefully on September 2nd, 2022. Gus was born in Hackensack , New Jersey to Joseph and Josephine Caccavone in 1947. He attended Hackensack High School (class of 1965) and Bergen Community College. Gus was an avid hunter and musician that enjoyed playing concerts at nightclubs. Gus married the love of his life, Joann, on November 30th, 1968. He and Joann were parents to son, Augie Caccavone. The family moved to Alpharetta in 1985 so that Gus could continue his successful career as a salesman at SNR Bearings. Gus and Joann enjoyed many happy years hosting family gatherings and special events at their Alpharetta home. Gus was preceded in death by his parents and loving wife. He is survived by son, Augie, daughter-in-law, Lauren, his sister Anne, and many nieces, nephews, and cousins. A memorial service in Georgia will be held at St. Peter Chanel Catholic Church on Wednesday September 7th at 10:30 AM. Live streaming of mass is available on https://www.youtube.com/watch?v=nxNKIULsMVo . A funeral service in New Jersey will be held at G. Thomas Gentile Funeral Home on September 9th at 9:00 AM with interment to follow at St. Nicholas Cemetery.
Wednesday
7
September

Share Your Memory of
Augostine
Upload Your Memory View All Memories
Be the first to upload a memory!
Share A Memory
Plant a Tree