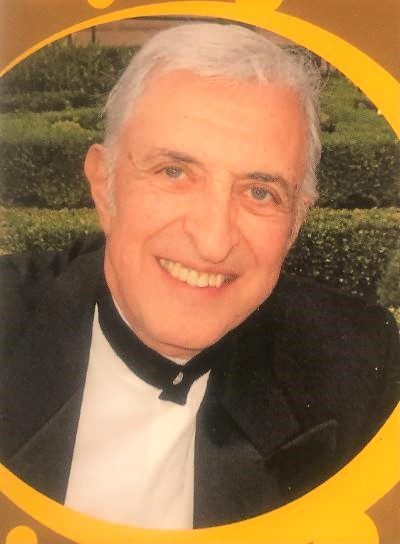 Please share a memory of Hyman to include in a keepsake book for family and friends.
View Tribute Book
Hyman Chait, of Hackensack NJ, passed into eternal life on January 11, 2022 at Holy Name Hospital in Teaneck, NJ from complications after contracting COVID-19. He is preceded in death by his mother Rose Chait, from Austria, his father Max Chait, of the Ukraine, and his brother Phillip Chait, who died in a car accident at the age of eight when Hy was just two years old. Hy was born on June 8, 1934 in Hackensack, NJ. His parents owned a small grocery store, which today would be considered the equivalent of a bodega. They went on to invest in real estate. In his youth, he was a Hackensack High School basketball star, leading to a basketball scholarship at Pennsylvania State Teacher's College. Proud member of the armed forces, he served in the U.S. Army in Germany during the Korean War in the 1950's, in the 9th Infantry Division. In his later years, he enjoyed sharing war stories with his grandchildren. He was in awe of his son Barry's accomplishments as a federal judge. Possessing a wonderful sense of humor, he would often tell jokes, and laugh before he would even get to the punchline. He loved life and social outings. His family and friends were everything to him; he had life-time friendships, and still had his "buddies" from grade school. He had many different interests – a former professional pool player, he shared his skill with the younger members of his family. He enjoyed so many things, from 50's and Sinatra music to fine art. He intensely loved his wife Anne, with whom he spent the last 25 years, the last seven as a married couple. They were like matching bookends, complementing each other and doing everything together. "I go where you go", Hy would always say. They owned a successful antique business for twenty years, and worked together at Broadway shows. Hy and Anne loved to travel, either overseas to Europe, or spontaneously getting in the car together and going "somewhere". They enjoyed their little house on a lagoon in Barnegat NJ, especially on the Fourth of July with the whole family. He adored spending time with his grandkids, and they so adored him in return. They will always remember the dollar bill in his pocket that was ready to give to each of them every time he saw them. He was like a pied piper with children, they would follow him almost anywhere. Always generous with both time and money, Hy contributed to many charities and organizations, and never failed to be on the spot whenever anyone needed help. He possessed old-fashioned class that is hard to come by anymore. Hy leaves behind so many who could not get enough of his kindness and humor, including bereaved wife Anne Tramontozzi-Chait, his son Judge Barry Chait and partner Arlo Dissette, daughter Michelle Beth Chait; Hy's stepchildren, Diana Belkowski and husband Tony, Daniel Tramontozzi and wife Kim, Carl Tramontozzi and wife Amanda, and grandchildren Carlin Belkowski and fiancée Brit Walmsley, Daniel and Gabriel Tramontozzi, Samantha Tramontozzi, and great-granddaughter Anastasia Belkowski. We will forever carry his memory in our hearts. A Funeral Service will be held at the G. Thomas Gentile Funeral Home, 397 Union Street , Hackensack , on Tuesday, January 18, at 10:00 AM. Burial will follow at Cedar Park Cemetery, Paramus. The family will receive friends on Monday from 2 – 4 & 7 - 9 PM for visitation at the funeral home (Masks will be required at the Funeral Home as well as Social Distancing).

Share Your Memory of
Hyman
Upload Your Memory View All Memories
Be the first to upload a memory!
Share A Memory
Plant a Tree